How to use TestDisk to recover lost partition
Forum rules
When asking for technical support:
- Search for posts on the same topic before posting a new question.
- Give clear, specific information in the title of your post.
- Include as many details as you can, MOST POSTS WILL GET ONLY ONE OR TWO ANSWERS.
- Post a follow up with a "Thank you" or "This worked!"
- When you learn something, use that knowledge to HELP ANOTHER USER LATER.
Before posting, please read https://www.cgsecurity.org/testdisk.pdf
Locked
13 posts
Message
Author

I have a 1TB HDD , one of my partitions worth 450GB was encrypted with Bitlocker Encryption ,
I was too lazy to Decrypt the volume because it takes hours to finish , so while the partition was unlocked
i encrypted the partition again with True Crypt , when the process was at 99% an error came up saying

"The media write is protected " ,

Then i guessed that it had something to do with bitlocker , so i tried to decrypt it , but then it popped up an error
saying "Parameter error " . Now i cant decrypt it or mount it with trueCrypt

I really need the Data on that partition no matter what it takes , I tired the CHKDSK r and f through CMD it didn't work either , it said RAW volume , but when i go through disk management it shows as NTFS (bitlcoker volume) . I tiried downloading the patch from microsoft web page , but when i install it says "This update is not applicable to your computer "
I tried booting with linux and ubunto , the partition was invisible maybe cause it was encrypted

I tried everything everyone told ,

please help me
thank you in advance
Top

Never encrypt an encrypted drive.
Don't run any tools or utilities against your disk like chkdsk.
Changing anything to your drive can make it unrecoverable
To diagnose your disk about TrueCrypt you should probably get in touch with simpson474.
http://sourceforge.net/projects/testcrypt/

Don't run any tools or utilities against your disk like chkdsk.
Changing anything to your drive can make it unrecoverable

hmmm so shouldn't i run this utility on it as well ??? is it ok if i tried this ?? the data on the drive is really important to me , i didnt do anything to the volume , i let it be like that till i find a solution , the data is REALLY IMPORTANT

is it safe to try that ?? and THANK YOU for the time you took to reply

You shouldn't do anything unknowingly.
That's why I suggested to get in touch with simnpson474, is the Author of this tool.
His support should guide you through a diagnose, especially to get rid of any true crypt encryption.
This can make your data accessible again.
Bitlocker is another problem.
But the first way, what you can do would be my suggestion.

You shouldn't do anything unknowingly.

thank you for the advise , I didnt do anything ,

I went to that forum registered and messaged him/her ...hope that person will be kind enough to guide me through this

and thank you fiona for helping me out , I will let you know how it goes , keep in touch

As long as your disk/partition is encrypted, as long no datarecovery software would be able to recognize any NTFS-partition, not to mention any data.
That's why it's a try to decrypt your drive and if you have no encryption anymore, you can diagnose your drive to get access to your data.
Top

First of all sorry for the very late reply but the spam filter of Windows Live Mail has somehow classified your mail as junk. However I have also some good news: I used a virtual machine to encrypt a partition both with BitLocker and TrueCrypt and I was able with a modified TrueCrypt driver to access the volume afterwards. I will send you a PM with the link to the driver as it is quite untested (and produced some BSODs during development) so I do not want to have it available to everyone.

The first step you have to perform is installing TrueCrypt 7.0a - remove any newer version of TrueCrypt before installing TrueCrypt 7.0a. Afterwards you have to replace the "truecrypt.sys" file in "%WINDIR%\System32\drivers" using the modified version for your operating system (i386 or x64). After a re-start of Windows (you have to use the F8-Option "Disable Driver Signature Enforcement" on Windows 7 x64; press the Shift-key when clicking Restart on Windows 8) the modified driver should be used by TrueCrypt. Now unlock the BitLocker volume and try to mount the volume in TrueCrypt (the password has to be entered for 3 times to be accepted by TrueCrypt). Please do not mount any other TrueCrypt volume with the modified driver - I cannot guarantee that the volume will not be destroyed although the modified driver will only mount volumes read-only.
Top

this is what happens when i put the passward 3 times 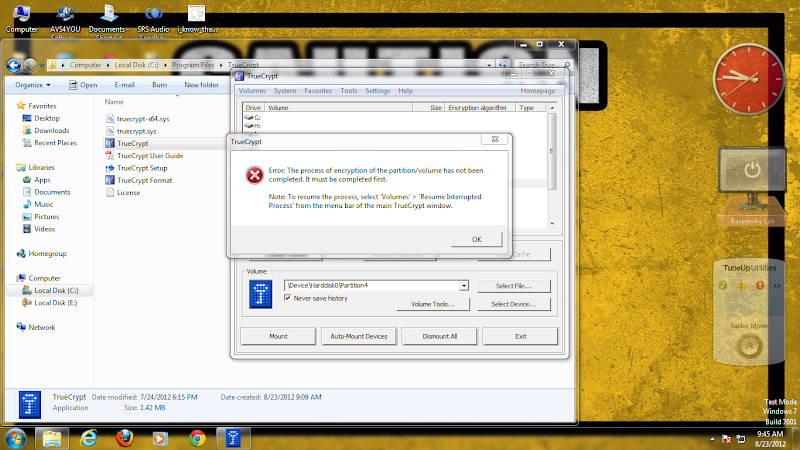 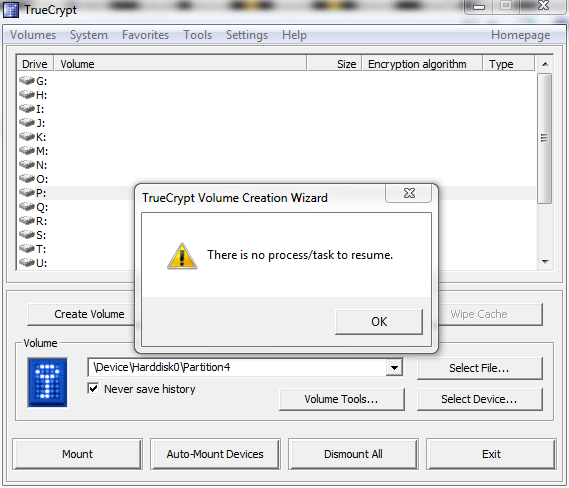 I thank everyone who helped me specially simson and fiona , thank you all